Festive Runners or Runners for Festivities?

June 20, 2020
In the last post, I shared about how I’m working through the stash of yarn that I’ve accumulated over the years.  Ok, maybe it was the last few posts that I spoke of this.  I used to weave tons of table mats and had a bunch of 3/2 cotton on the yarn tree.  It’s super thick and soft so weaving with this to ‘get rid’ of it shouldn’t take too long.  I have a bunch of colors and had originally wanted to weave another run of towels but, by the time I was counting out the warp ends, it spoke differently to me.  Runners! 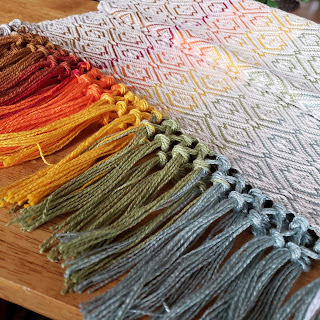 This is what’s left of the 3/2 and the color selection lay out. 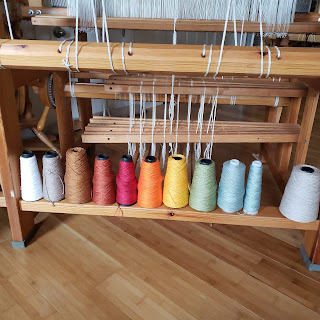 This is the first warp chain.  There were a couple of white and grey ends on both sides for a type of border. 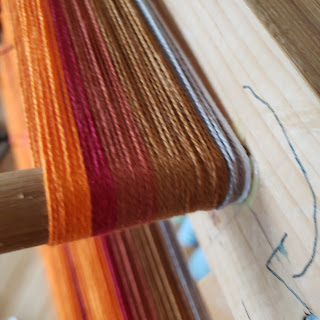 The second chain is much more colorful! 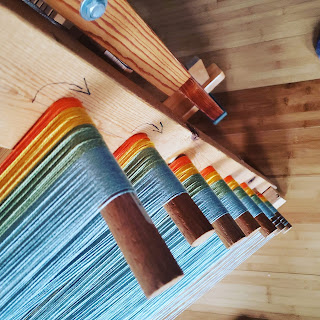 From the front of the loom through the shafts.  I’m very careful to count how many heddles I need and then separating them from the rest.  What’s that saying?  Measure twice, cut once!  There’s nothing worse than taking all kinds of time to get a project underway to find an avoidable mistake! 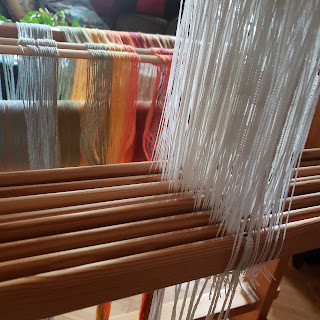 For the first runner, I used a green weft in a hills and valleys type of pattern and threw diamonds in at either end. 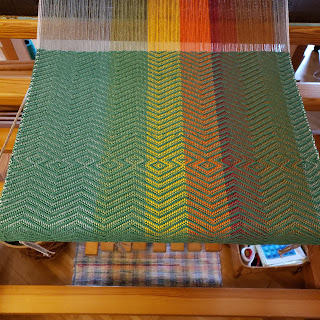 The second runner was woven with a black weft with a section of color to use up what was left on the cones after the warp was wound. 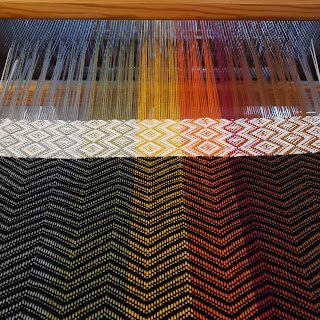 Finally, and this one is my favorite, an M and W pattern using natural cotton.  It really makes the colors pop! 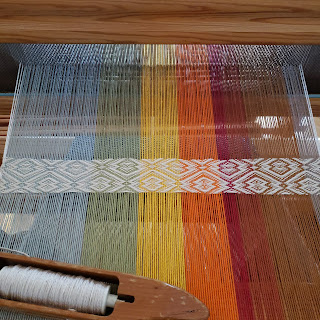 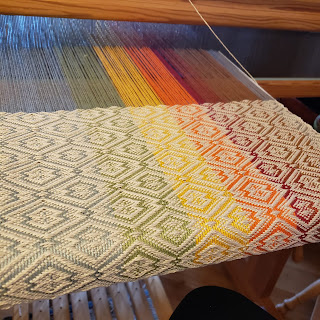 So after I ran out of 10/2 cotton for the weft, I looked at the back beam and had an ‘ut oh’ moment.  There was so much more to go!  At this point, I dove into the chenille stash and just started going cone by cone.  This picture is of the white weft.  I also had grey and lots of burgundy.  I cut these from the run and set them aside for later projects.  I’m thinking maybe cowls or something like that. 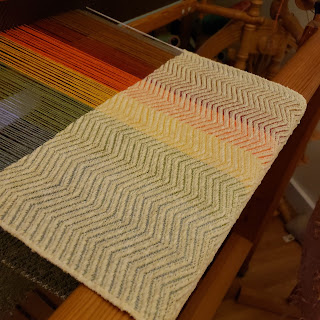 This picture doesn’t really show how huge the rolled up yardage was!  When it was finally off of the loom, I was cracking up at how heavy it was! 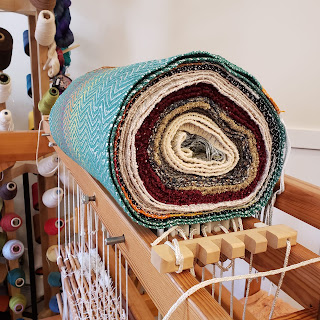 Snip snip snip the header out! 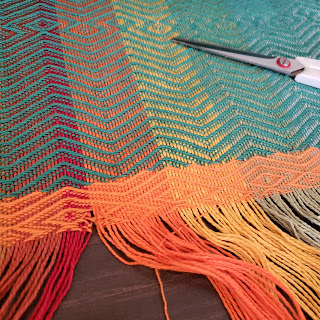 I decided to go with a knotted fringe with two layers of knots to give a nice finish. So, are these festive runners or runners for festivities?  I haven’t decided.  It might all be the same thing!  If you are interested in seeing them in the shop, click here. 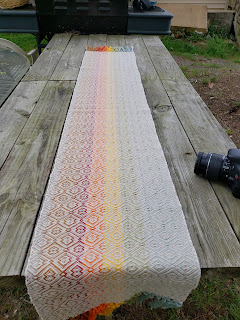 Next up is a brave experiment in silk noil!!!!!