October 17, 2011
So much has happened since my last post! I'm currently working out of two studios and acquired yet another loom........that turned out to be a 16 harness countermarche loom from Sweden. And boy is she a beaut!!! The name of the loom is Varapapuu! Wow! So, of course, her name for short is Papi! :) I currently only have four shafts and six treadles on her but my gosh!!!! What a steal!!! She is set up at New Prospect Pottery......where work time is either very quiet or there are several people glazing, knitting, or exchanging 'art' information.
New Prospect Pottery was one of the only featured studios for American Craft Week and it was so much fun to have the tents set up in the yard and converse with other artists and crafts people! Never a dull moment:) 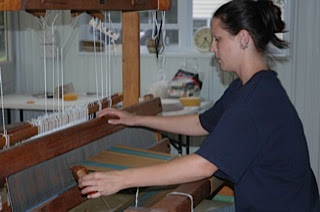 I've been working like a mad woman!!! In more than one way:) Yes......this season has been especially wonderful! I'm happy to announce that I have only four hand woven scarves and two hand spun skeins! I'm nearly sold out!!!!!!! The Etsy shops have been bare for the last few months as I've decided to concentrate solely on weaving new items for sale for shows. This has turned out to be an exceptional year!!! There is only one little problem (a 'good' problem).......I have a show in Chappaqua that requires quite a bit of inventory. So! Back to the drawing board! These next few shots are of the next run of scarves. Straw and golden brown echo weave warp with four different wefts in four different treadling patterns. 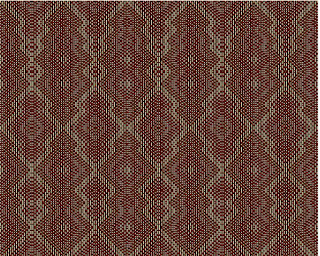 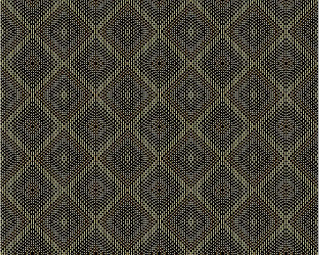 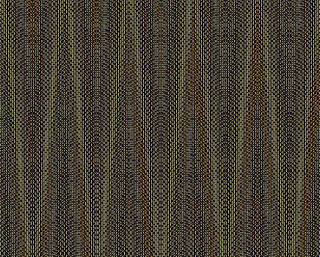 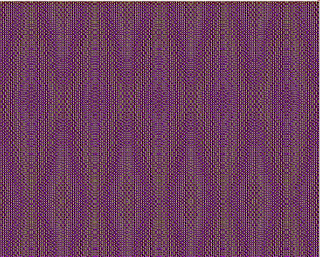 One of my favorite parts of weaving is playing with patterns and color. I've learned so much about split compliments, compliments, monochromatic, polychrome....the list goes on. Thanks to Lynn for pounding it into my brain. I've still got a long way to go but, it's getting in there. Jeremiah picked me a bouquet of flowers with blue and purple hydrangeas and yellow and orange marigolds........split compliments!!!! It's everywhere!!! :D
Also in good news....Lynn and I have decided to join forces and came up with a custom table setting line called 'Our Table'. Right now I'm completely consumed with replenishing scarf inventory but, our first 'set' was purchased before it even came off of the loom!!! I was thrilled! 8 mats, napkins and towels!!! Ye ha!!!
Now to find the balance between two part time jobs, a full time job, and weaving. Aaaah. The dreaded balance:)
Well......I hope to be diligent enough to post updates more frequently but, I think I say that at the end of every post:) Now that Jeremiah is sleeping (he now reads books to me before he nods off) I'll head up to the studio and count out the ends for these scarves! Woo hoo!