A Chill in the Air

October 06, 2008
It's cold out and the smell of Autumn is in the air. The days are still warm but, nights are pretty chilly. Do you know what that means?!?!?!? The Rhinebeck Sheep and Wool Festival is almost here!!!! Hooray!!! It's a piece of spinner's heaven right here on Earth!!! I have only missed one year since I started serious fiber work and that was because I was VERY pregnant:) In the anticipation I have been spinning like a mad woman.......seriously!!! Before I whip out pictures of some new fun yarn I thought I would share two of the finished tencel scarves. 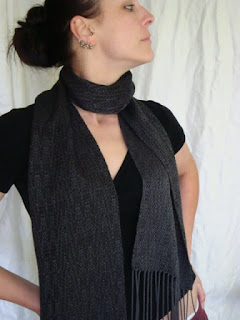 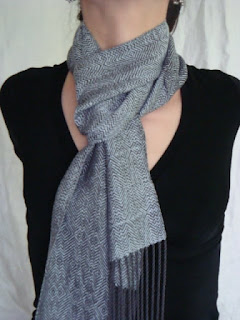 They are both on the dark side but, right up my alley:) The third is gold and charcoal and I hope to get around to taking more pictures of that one tomorrow.
This fantastic colorway is for the October Challenge for EtsyFAST, which is candy. Candy corn.......made with real corn syrup, so it has to be good for you! 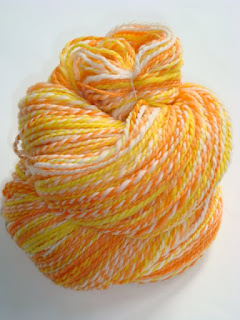 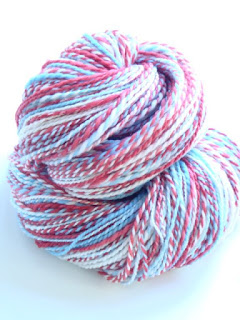 Finally, next Monday I will be picking up my new darling:) Tom Beaudet built this loom for me and I have been almost literally ripping my hair out with anticipation to pick it up.....next Monday.....show time!!! 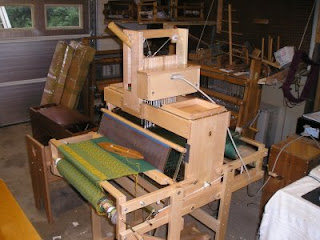 It's funny because there are several other weaver's blogs that I read and the talk is in the air of new looms all over! Three to be exact! What a treat not only to work with new equipment but to watch others work with their new 'toys' as well:) How much fun is that?!?!