Art In The Park Show

September 17, 2008
Saturday we did a show in Walker Valley, New York at the local park for the first annual Art in the Park. The weather held out and although it was hot in the morning, by early afternoon it cooled off. The foot traffic was light but steady and considering that traffic, I didn't do half bad:) Here are some pictures of the booth set up. 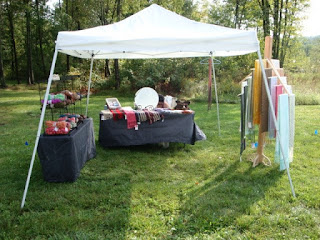 This one below is of the scarf rack which did eventually end up under the canopy. 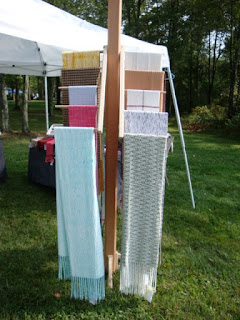 This picture is of the table with a mirror out. In the past I had used a full length mirror but, this smaller one is much more economical. This picture is also where I realized that I was in the picture. 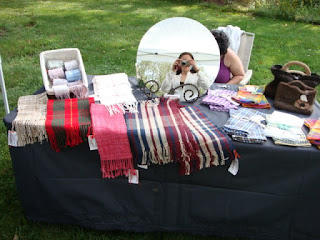 My oh my. Is that Chrissy working hard on replacing ties on yarn while I'm fooling around? 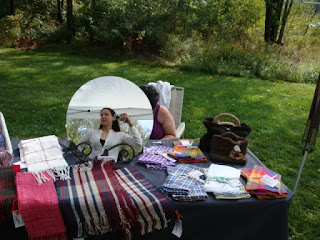 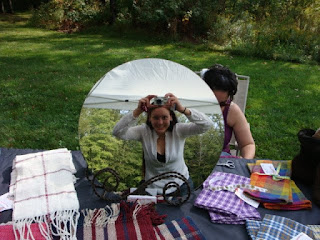 Yes! I think that is Chrissy replacing ties on yarn while I'm fooling around! 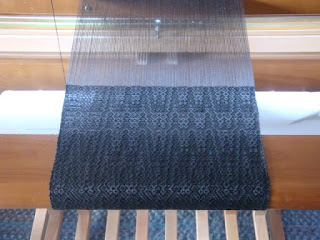 Finally here is the final addition to the warp that I have been working on. Three scarves in tencel. For this one I used black in the weft so that the pattern is seen when the light hits it just right. There was almost a yard of scrap when I was through with these scarves. I used it to weave some fabric and have some fun plans for what is to come with those scraps!